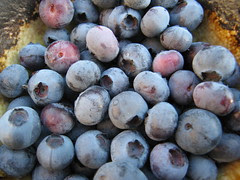 As is often recommended, I've been fertilizing my blueberry bushes with coffee grounds. Twice yearly, in early Spring and Fall, for about seven years. Wow. I just realized I planted those bushes seven years ago! Time, whoosh!

Last year I noticed the berries seemed to be getting more and more tart each year, losing not only sweetness but any true blueberry flavor.  I decided to experiment with stopping the coffee grounds.

So, I skipped the coffee in Fall 2012 and Spring 2013. And, interestingly, the berries do seem sweeter this year. It's hard to say though because we've also had odd weather -- an excessively wet spring, followed by a sudden shift to unusually hot (90+) weather.

Is it lack of coffee, or the extra water followed by extra heat that caused the sweetness?

Can't say, but I think will continue the no coffee rule at least through the next growing season.
Posted by Brandon A. Barnett at 6:37 PM 1 comment: 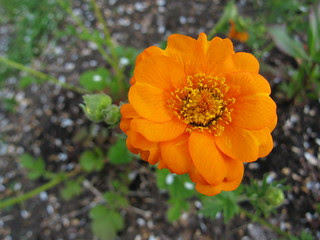